You may recall Frank Ancona, 51, from his appearances on news outlets following the murder of Micheal Brown by Ferguson, MO officer Darren Wilson in August of 2014.

UPDATE: Ancona’s Murderer And Accomplice Has Been Charged… Read HERE….

The Imperial Wizard of the Traditional American Knights of the Ku Klux Klan was very vocal against the protest that erupted following the murder calling peaceful protesters “terrorist” and claiming this will wake the “sleeping giant” of the KKK.

Saturday, his body was discovered along the bank of Big River outside of Belgrade, MO. Four days prior, he went missing and a search for him had ensued. Ancona’s vehicle was discovered on a forestry service road Friday, according to the Daily Journal Online.

“Deputies responded on Friday and located [Ancona’s] vehicle and secured it,” said Washington County Sheriff Zach Jacobsen. “We left deputies at the scene and secured it overnight due to the loss of light. On Saturday morning we conducted a search of the area by foot by member of the Potosi Fire Protection District and the sheriff’s office. We didn’t locate much of anything in the woods, but we did locate evidence of a burn pile near Mr. Ancona’s vehicle.”

A family on a fishing trip at Big River discovered the body on Saturday and reported to the local authorities. The last time Ancona was seen alive was by his wife on Wednesday. She says he received a call from his job stating he needed to travel across the state to deliver a part.

However, his job informed the police that no such call was made by them and they didn’t request he deliver anything. At the moment of this release, Ancona’s job hasn’t been released by authorities. 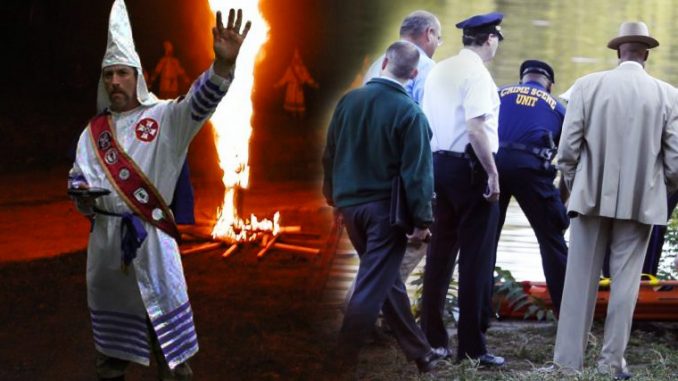