Michael Akindele is the 30 year old Nigerian director and co-founder of SOLO Phone. SOLO Phone is an experience -driven digital content and smartphone company that seeks to provide the best content and services in the mobile space for African consumers. And he is off to a great start!

SOLO Phone launched in 2012 and still maintains a very attractive and affordable price for the features offered. This is what has given them the market share and buzz thus far they are enjoying that might make them a serious contender to Apple’s iPhone which seems to dominate much of the Western markets. 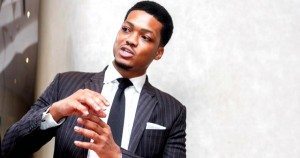 SOLO Phone’s offering is competitively priced at $150, but bundled with free music of up to 20 million songs. The songs are licensed through Sony, Universal and Warner, thus providing quality music for their audience. In addition, they have released a very compelling Video-On-Demand App available to all Android users in Nigeria that offers the latest Nollywood and Hollywood movies.

Akindele was born in the United States on August 29th, 1984 in Washington DC. His parents are Nigerian and decided to move back to Nigeria when he was 2 years old. He spent 10 years in his parents homeland before moving back to the United States at 12. He graduated from George Mason University with a Bachelor of Science degree in Engineering with a focus on Computer Science and Information Technology with a minor in Business Administration.

Akindele feels the major advantage his company has over Apple’s iPhone is quality at an affordable price. He openly discusses the iPhone being a great device, but the price makes it unreasonable for many Africans to afford. Therefore thanks to Google’s OS, SOLO has an opportunity to not only build a quality product, but make it affordable.

This young man is wonderful on so many levels. Although we know the mass media will largely ignore his story, we have the opportunity to hold him up as an example of what our young people can do if they are only given the tools, time, energy and opportunity to do make a difference. He saw a market problem and aimed to solve it.

UI supports this marvellous entrepreneur, but only wonders how long it will take for his SOLO Phone to make it’s way to the American shore. Many of us over here feel the price of iPhones and competitors are far to expensive in this rapidly growing mobile market.

SOUND OFF: What do you think of SOLO Phone and the young future tech mobile of Africa?

We use information collected through cookies and similar technologies to improve your experience on our site, analyze how you use it, and for marketing purposes.
iPhone Killer: 30 Year Old Nigerian Smart Phone Entrepreneur Aims To Dominate Africa’s Mobile Market