Over the years there has been a lot struggles for HBCUs (Historically Black Colleges and Universities) but a a recent study says that they are doing a much better job than other institutions at producing successful black grads. Grads who are thriving financially and in their careers.

This is according to a Gallup study. PhillyTrib.com reported:

The findings were published in the new “Gallup-USA Funds Minority College Graduates Report.” The study is the result of an ongoing Gallup-Purdue University survey that has collected data from more than 55,000 college graduates. The study seeks to ascertain what colleges are doing to effect the future social, financial, purpose, community and physical well-being of their graduates.

Fifty-five percent of Black HBCU graduates were more likely to “strongly agree” that their colleges prepared them for life after graduation compared to 29 percent of Black graduates of other institutions. That assessment seemed to correlate with experiences such as having a professor who cared about them as a person, a professor who made them excited about learning and a mentor who encouraged them to pursue their goals and dreams. 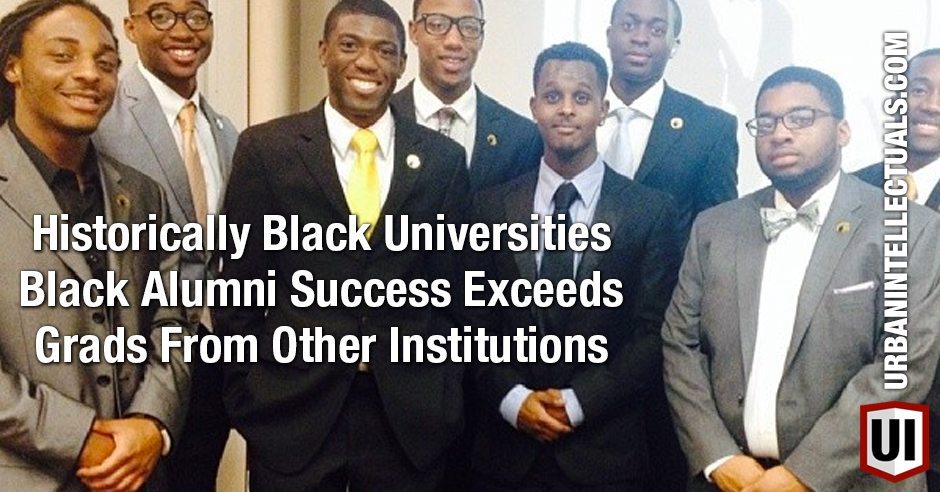 Black HBCU alumni reported higher thriving rates in all five areas of well-being, the largest gap coming in the area of financial well-being. While four in 10 Black HBCU graduates reported doing well in managing their finances to reduce stress and increase security, fewer than three in 10 (29 percent) of Black graduates of other schools reported the same.

There was also an eight percentage point difference in reports of “purpose well-being” between Black HBCU graduates and Black graduates from other institutions.

Examinations of other minority graduates and institutions did not produce similarly striking results.

This, of course, is not news that a study had to tell many of us. Many HBCUs are obviously suited to allow black students to enjoy a more focused life and help them through a hard part of life.

These HBCUs are of course struggling and may need additional help, the results of this study may strengthen the case to keep them running as important parts of the community.