GA Teacher Fired After Ridiculing Student with Disability on Facebook

A high school teacher at the Fulton County public school district in Georgia was fired on December 18th after she posted a Facebook post ridiculing a student with a disability. Jennifer Lynch, upset that the student took 3 hours after school to finish his final, decided to air her grievances on Facebook. In a Facebook post Lynch complained about the student taking too much extra time on the final and called the student a slew of derogatory names and making fun of the student’s alleged learning disability. 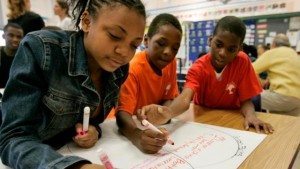 Frustrated with staying after school to proctor the student’s final, Lynch also ranted and complained about the student: “Holy [expletive], he’s finally gone. I get to go home now. Only 5.5 hours after school let out. On the way out, he says ‘I’ll be the last student to walk through the doors of JCHS in 2015.'” She described the student’s comment as “not funny, but tragic.”

Lynch continued her Facebook rant describing her personal feelings towards the student with an alleged disability by stating “I want to be sad for you, but at the end of the day, we’re all better off now that you’re not around.”

On December 18th, a day right before Christmas break, the school district’s Human Resources division staff heard of Lynch’s series of inappropriate comments about the student on Facebook. Upon hearing of this the school’s HR staff immediately met with Lynch and fired her from her teaching position at JCHS.

The Fulton County school district has apologized for Lynch’s disrespectful actions and her irresponsible use of social media. Upon firing Lynch they described her actions as “appalling” and assured the public that Lynch was wrong in using social media to speak poorly of a student and that although they do not oversee the personal social media of their staff every teacher is trusted to use good judgement.
Lynch is no longer a teacher at JCHS.