Do You Know The Day Black People Became “African-American”?

By Eric Easter – The debate over what black people call themselves spans centuries. While people think it is a relatively recent term, “African-American” has always had a prominent place in that debate. In fact, Yale scholar and associate librarian Fred Shapiro found evidence of the term’s usage in a document as early as 1782.

But for whatever reason, the term never really took hold until 1988. And I played a part in the moment that sparked the switch.

That moment unfolded in December 1988, in a lower-level conference room of the Hyatt Hotel near O’Hare Airport in Chicago. The Rev. Jesse Jackson was holding a closed session with the National Rainbow Coalition and Operation PUSH board and other high -ranking campaign supporters. After working on Jackson’s 1988 presidential bid, I had become press secretary for the National Rainbow Coalition. 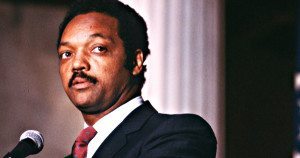 The meeting was to be an “agenda-setting” session intended to send a signal about Jackson’s future and how he would harness the potential of the coalition he had built during his presidential bid. Anticipation was high from the media, with serious speculation about runs for mayor, governor, senator, or appointment to ambassadorships.

The discussions were free-flowing, with most of the attendees wanting to tackle ongoing issues from apartheid and sanctions to labor unions to farmers, and even talk about planning for a third presidential race and what would be needed to make it viable.

After lunch, unexpectedly, the late C. Delores Tucker (best known for taking on rap music and Tupac Shakur) stood up and made a highly passionate argument for the use of “African-American” as opposed to black. Her reason was clear and simple: “Nobody lives in Blackland!” Everyone has a spiritual and cultural connection attached to a place in the world that their ancestors called home, except black people. “African-American” would give us a connection to our heritage, our past and our future.

No one opposed Tucker’s point, as I recall. The reaction was more akin to “You have our attention. Tell us more.” Soon, the late Rev. Willie Barrow, co-founder of Operation PUSH, concurred, with equal conviction. The rest of the conversation became a rolling affirmation. Once Jackson was persuaded, the agenda was set.

After the meeting, I spent the better part of the day (pre-cellphone, pre-email) drafting a press release and scrambling to convince the media to attend a major announcement that I could not clearly define. In all honesty, much of the Rainbow Coalition staff thought that the name change went in an odd direction, or at least was not significant enough to drive an agenda after a long campaign focused on deeper issues.

But the media showed up, and though the press conference did cover several other issues, the headlines that followed focused on racial terminology exclusively.

The reaction – for and against “African-American” – was strong and immediate, though the term’s real shift to popular usage was much more gradual.

The debate that engaged black Americans was even more contentious inside newsrooms and editorial offices, with writers and editors arguing over the style and substance of this change. Editors worried about the fallout if  they got it wrong, Writers worried that the new name was cumbersome. Could you use “black” and “African-American” in the same article and be correct, or did all references have to be one or the other?

On Jackson’s part, the press conference itself was much less effective than the calls that he later made personally to the editors of The Washington Post, The New York Times, and USA Today. Eventually, major newspapers and magazines began including rules for usage of the new term, even as it entered style guides. The Oxford Dictionary included the term only as recently as 2001. The rest is history.

Many people remain conflicted about the term for numerous reasons. And confused. It’s not unusual to hear otherwise smart journalists refer to blacks in Mexico, London, or Norway incorrectly as “African-Americans.”

I go back and forth between both pride and guilt for my small role in promoting this expression. I still think the word “black” speaks of strength and a connection to everyone who is black, wherever they are in the diaspora – China, Europe, Australia, whatever. And with global thinking in mind, I’m much more likely to use that word. Still, “African American” is another tool in the box to describe our complicated history.

But beyond preference or heritage, there may be a strong economic incentive to choose one or the other. In a 2014 Emory University report, researchers found a nearly $8,000 average salary difference between those whom whites perceived to be “black” vs. those seen as “African-American.” The latter commanded more dollars, and job applicants using “African-American” were twice as likely to be considered as managerial candidates than those who identified as black. So clearly there is something in a name, but the change was not about how others see you, but how you choose to see yourself.

We use information collected through cookies and similar technologies to improve your experience on our site, analyze how you use it, and for marketing purposes.
Do You Know The Day Black People Became “African-American”?