The trials and tribulations of doing just about anything whilst Black! Imagine, you win a race discrimination lawsuit, you get the check from your “alleged” racist-ass employers and then the darn bank goes and throws more racism back in your face.

This isn’t some old-timey story, this is the ish happening today, in 2020. And this was what happened to Sauntore Thomas.

As the Detroit Free Press reported:

First, the Detroiter sued his employer alleging racial discrimination in a lawsuit that settled confidentially. Then he went to the bank this week to cash his settlement checks, but the Livonia bank refused to cash or deposit his checks. Instead, they called the cops and initiated a fraud investigation — actions that dumbfounded Thomas and his lawyer, triggering another lawsuit.

On Wednesday, Thomas sued TCF Bank for alleged race discrimination, saying the Livonia branch mistreated and humiliated him by calling four police officers when all he was trying to do was deposit legitimate checks. According to police, the bank’s computer system read the checks as fraudulent.

TCF Bank spokesman Tom Wennerberg said Thursday that TCF abhors racism and it was not a factor in how the bank handled Thomas’ requests. He said the checks Thomas presented displayed a watermark that read VOID when they were scanned in a web viewer. 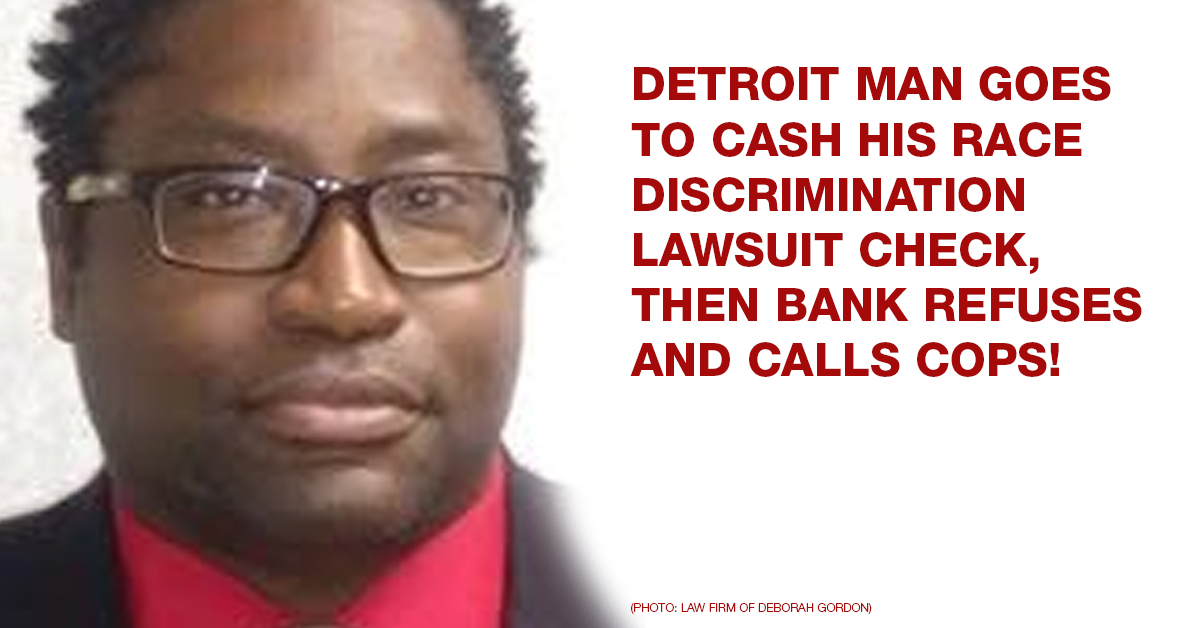 Thomas isn’t buying it, noting the check cleared 12 hours later. He’s upset that two officers questioned him inside the bank, while two others stood guard outside, he said, adding he was an account holder for nearly two years at that TCF branch.

“I didn’t deserve treatment like that when I knew that the check was not fraudulent,” Thomas told the Free Press. “I’m a United States veteran. I have an honorable discharge from the Air Force. They discriminated against me because I’m black. None of this would have happened if I were white.”

Read the full story in detail here on the Detroit Free Press.

We use information collected through cookies and similar technologies to improve your experience on our site, analyze how you use it, and for marketing purposes.
Detroit man goes to cash his race discrimination lawsuit check, then bank refuses and calls cops!