Despite the propaganda spread by the United States about Cuba, they have a highly developed medical community. In fact, many people say it may be one of the most developed in the world, but Americans would no nothing about that thanks to our wonderful news media outlets full of lies and deceit.

Nevertheless, soon many Americans will be able to benefit from their advanced medical technologies thanks in part to President Obama loosening the 55 year long trade embargo with the island nation this past December. 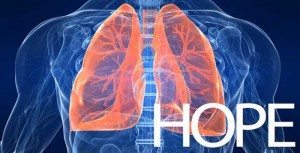 The vaccine, called CimaVax, has been researched in Cuba for 25 years and became available for free to the Cuban public in 2011. The country’s Center for Molecular Immunology signed an agreement last month with Roswell Park Cancer Institute in Buffalo, New York to import CimaVax and begin clinical trials in the United States.

“We’re still at the very early stages of assessing the promise of this vaccine, but the evidence so far from clinical trials in Cuba and Europe has been striking,” Dr. Kelvin Lee, Jacobs Family Chair in Immunology and co-leader of the Tumor Immunology and Immunotherapy Program at Roswell Park, told The Huffington Post.

So far, 5,000 patients worldwide have been treated with CimaVax, including 1,000 patients in Cuba. Lee said the latest Cuban study of 405 patients, which has not yet been published, confirms earlier findings about the safety and efficacy of the vaccine. What’s more, the shot is cheap — it costs the Cuban government just $1, Wired reported. And studies have found there are no significant side effects.

“We think it may be an effective way to prevent cancer from developing or recurring, so that’s where a lot of our team’s excitement comes in,” Lee said. “There’s good reason to believe that this vaccine may be effective in both treating and preventing several types of cancer, including not only lung but breast, colorectal, head-and-neck, prostate and ovarian cancers, so the potential positive impact of this approach could be enormous.”

Knowing your country, this vaccine will not be free because we are full of capitalist bastards that put their greed over the health and welfare of the country’s citizens, but some relief may be on the way.

SOUND OFF: What do you think of Cuba’s lung cancer vaccine coming to the United States?