Larry and Carri Williams adopted Hana from Ethiopia in 2008 along with another Ethiopian child. The younger child now lives in but sadly Hana died, she was murdered by her adoptive parents who literally beat her to death, following the words of a religious based book that claimed you could train your children like a horse.

The 13 year old died on May 12th 2011. She was found unconscious, outside after midnight in 40degree Fahrenheit. She had been being forced to sleep outside and use an outside toilet and had endured terrible beatings, as had all the other children of the family who’s faces are blurred out in the below image because they survived the torture. 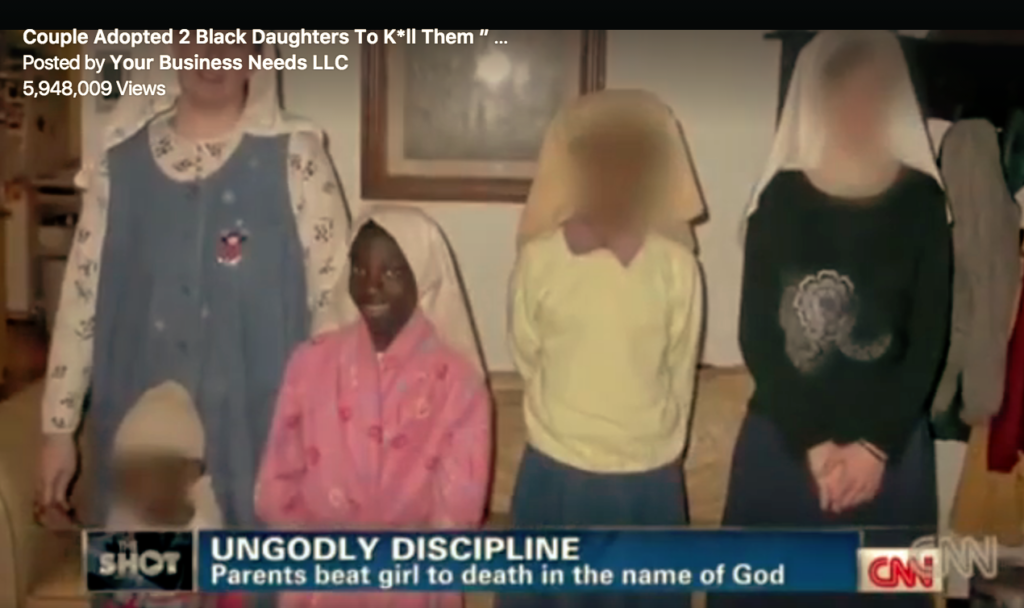 The parents were said to be following a controversial book based on the idea that you should not deny your children a rod, apparently a rule in the bile. The book named “To Train Up a Child,” gives specific punishments for misbehaving children.

Learn more in the CNN video below: