A protest outside Ralph Wilson Stadium in Buffalo on Sunday by Bills fans was oddly in support of the opposing team!

Well, specifically, in support of Colin Kaepernick and his ongoing protest. The fans took the knee along with Colin and many others during the pre-game national anthem.

Although only a few dozen, and taking some calls to “shut up” from other bills fans the protesters proudly stood with banners stating “Bills Fans For Black Lives” and “Protest Is Patriotic”.

The protest was organised by Just Resisting. They are a group of POCs, they co-organised with a local chapter of Showing Up For Racial Justice, they seek to organize white people to stand up for racial equality. 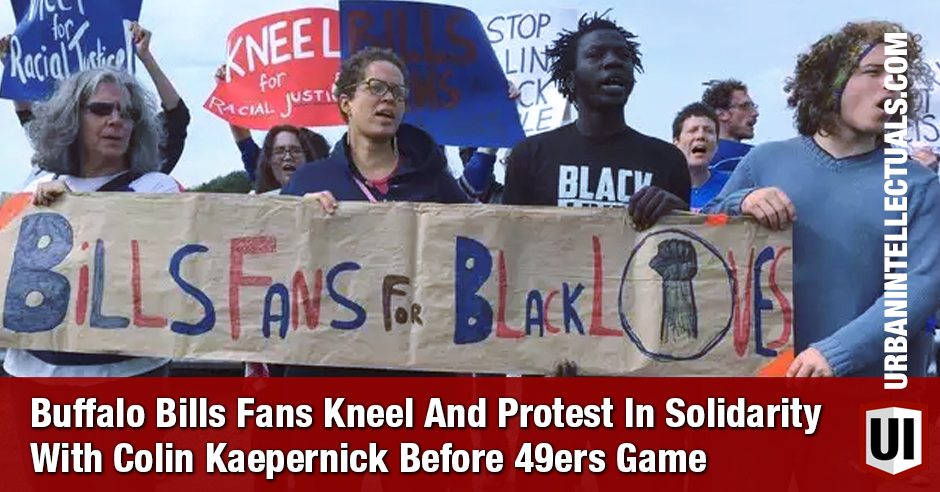