There has been a lot of talk in the news about legislation surrounding women’s rights to choose what they want to do with their bodies. A
significant part of the debate centers on abortion. 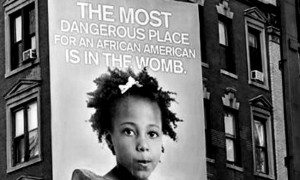 There has also been a lot of criticism towards Planned Parenthood because they are accused of targeting Black and other minority neighborhoods when they set up clinics. (Planned Parenthood is the largest U.S. provider of reproductive health services, including cancer screening, HIV screening and counseling, contraception, and abortion.)

According to research conducted by the Guttmacher Institute, 41 per 1,000 women between the ages of 15-19 who have undergone procedures for abortion were African-American teens.

The study also finds that while African-Americans make up only 13 percent of the total population, black women account for 30 percent of all abortions in America.

The report raises questions and may spawn debate about the cause behind the high abortion rate in the black community.