Nate Parker’s new movie ‘The Birth Of A Nation’ got it’s Toronto Film Festival screening after much controversy surrounding the alleged rape of a student in a dorm Room by Nate Parker and his co-writer Jean Celestin. The case is 17-years old but re-surfaced in August.

Of course it’s in some ways got in the way of the message of the movie but of course Rape is not a crime we should brush over, so it’s been an interesting time.

The movie is about rebellion of enslaved Africans and is already being hailed as a groundbreaking piece of cinema, one written and put out there by black men.

Nate took to the stage after the screening with actors from the movie and took some questions.

Taking reporters questions Nate said that the story was helping “to promote the conversation we need to have about race.” 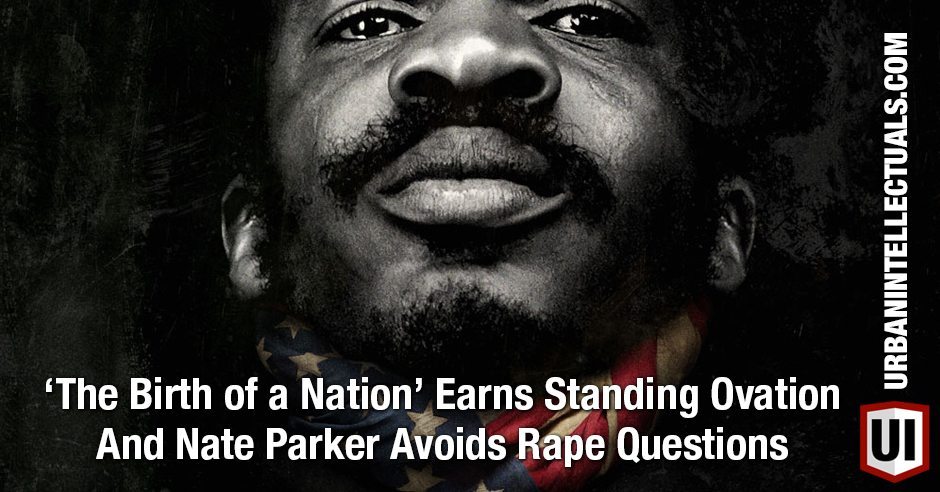 When a reporter attempted to ask about the rape allegations, he said.

“I’ll say this. For one, I’ve addressed this a few times, and I’m sure I’ll address it in different forums. This is a forum for the film,” he said. “This is a forum for the other people who are sitting on this stage. It’s not mine, I don’t own it. It doesn’t belong to me, so I definitely don’t want hijack it. I do want to make sure that we are honoring this film, and we’re honoring these people in front of you, before you. So respectfully, I want to say thank you again to the Toronto International Film Festival for allowing us to be here, and I want to continue celebrating the people that helped make this film possible.”

There are two conversations we are having surrounding a man and his actions and a movie and it;s subject and both need to continue.