Andrea Burton, an Ohio attorney, is appealing a verdict that found her in contempt of court for refusing to remove a Black Lives Matter button in court.

According to reports, a Youngstown Municipal Court Judge, one Robert Milich, found her in contempt of court after she disobeyed express orders to take off the Black Lives Matter button in court.

The judge said that his political opinion did not influence his decision. He was adamant that a judge is always impartial and should ensure everyone has an opportunity for a fair hearing.

During the appeals process, Attorney Andrea Burton’s incarceration is on stay, and she will be free so long as she obeys the Judge’s orders not to wear buttons with political statements to court.

In case she loses the appeal, then she will have to serve the five-day jail term.

According to the National Association for the Advancement of Colored People, Youngstown branch, its legal counsel is keenly following the case to see if it can prevent the likely violation of Burton’s civil rights.

To the query why he, Judge Milich, is not bothered by someone wearing an American flag button, a crucifix or a Star of David, the judge replied that there is a difference between a person wearing a flag or a pin from one’s church and wearing a pin that is on a political issue.

He further reiterated that his decision is informed by the Supreme Court case law that allows a judge to prohibit symbolic political expression in a courtroom.

Legal pundits opine that judges have a wide discretion on what is said or worn in a courtroom. 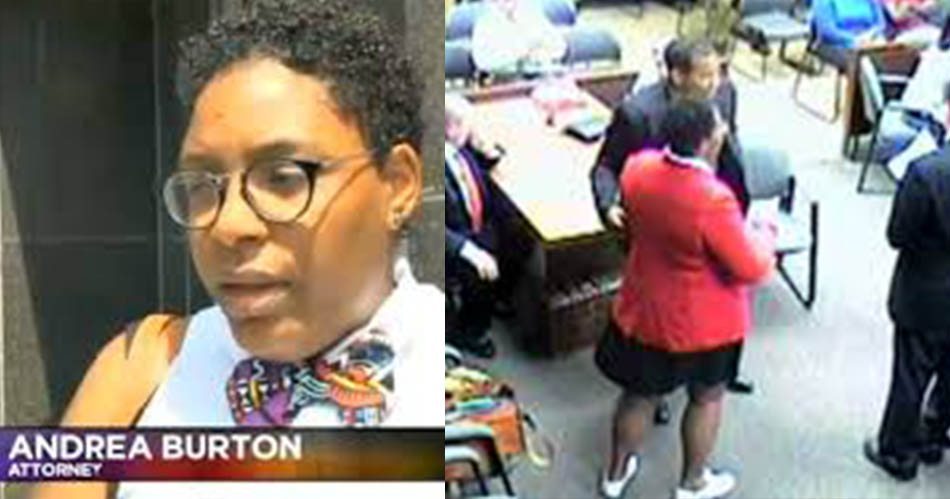