Another C**n Takes A Seat In The White House As Sheriff David Clarke Takes Homeland Security Position To Serve His Masser!

If there was every any hope of a black representative that represents the interests of the black community taking a seat in the White House and having the ear of the President then surely that hope is long gone.

And now the news that everyone’s favorite Sheriff, gun touting, prisoner killing (alleged), David Clarke c**ning his way up into that fancy house to serve masser the hope feels centuries in the past.

Yes, mr shotgun and cowboy hat, Stockholm Syndrome suffering, self serving Sheriff Clarke has said publicly that he is taking the role of homeland security.

Now, this isn’t exactly exciting news or a revelation and honestly it’s not going to change much, he’ll do what masser says anyway so whatever Trump’s admin had in store still goes.

BUT it is a reminder that in the current climate black people simply cannot rely on the government of the United States of America to look after their interests. 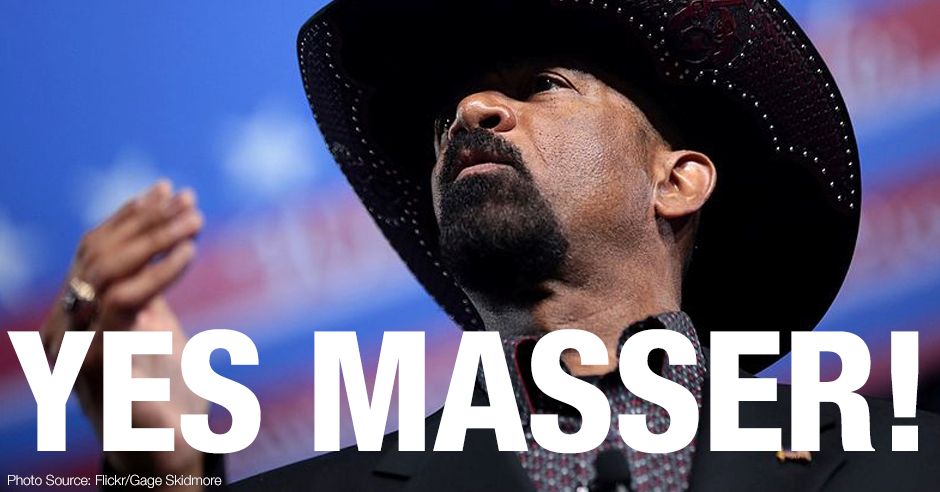 The war on drugs is being ramped up again with strict sentencing being sought for all drug crimes (yep, that means kids with marijuana are going to continue to be being pushed into that prison pipeline).

The black community has to be exactly that, a community, that looks after it’s own interests first, protects its own and creates it’s own economies, wealth and future.

F*ck those c**ning up in that big ol’ house and f*ck wasting time in these next 3.5 years wasting energy on trying to change anything that comes out of the mouth of the Orangutan with the Nuclear switches.

Get local, get together, get socialising and growing and strengthening. It’s going to be a long ride.