What? You might be thinking this is nuts, but this is also Alabama who seem to be discriminating against it’s black population policy by policy! In this latest ridiculous mess it’s budget cuts that are directly affecting blacks yet again! And it needs to be addressed!

Due to budget cuts, Alabama Law Enforcement Agency said that 31 satellite DMV offices would no longer have access to driver’s licenses examiners, meaning that residents will need to travel to other counties to apply for licenses. The move comes just one year after the state’s voter photo ID law went into effect.

AL.com’s John Archibald asserted in a column on Wednesday that the U.S. Department of Justice should open an investigation into the closings. 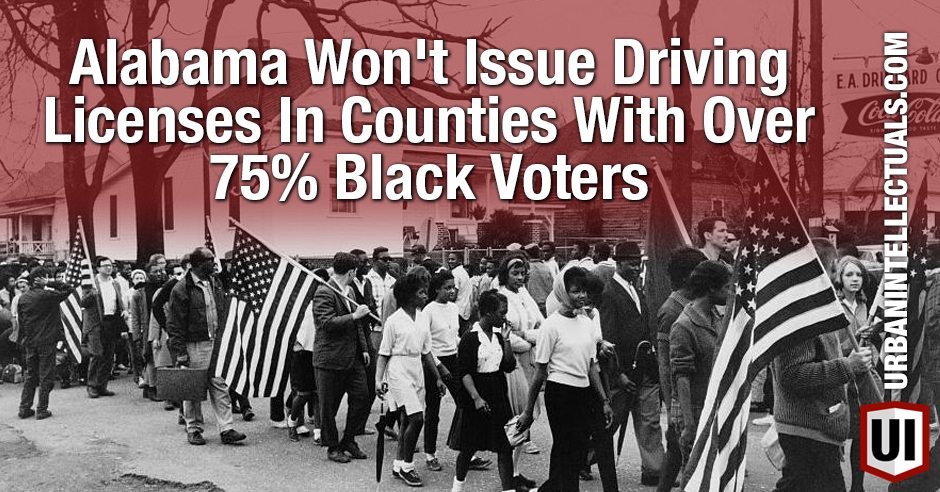 “Because Alabama just took a giant step backward,” he wrote. “Take a look at the 10 Alabama counties with the highest percentage of non-white registered voters. That’s Macon, Greene, Sumter, Lowndes, Bullock, Perry, Wilcox, Dallas, Hale, and Montgomery, according to the Alabama Secretary of State’s office. Alabama, thanks to its budgetary insanity and inanity, just opted to close driver license bureaus in eight of them.”

“Every single county in which blacks make up more than 75 percent of registered voters will see their driver license office closed. Every one,” Archibald explained. “But maybe it’s not racial at all, right? Maybe it’s just political. And let’s face it, it may not be either… But no matter the intent, the consequence is the same.”

Remember this is the state that requires a voter ID to vote, which also happens to seriously affect it’s black and poor population!