The 365 Black History serious is designed to give our community a chance to learn and appreciate the achievement, struggles and experience of our ancestors, inventors, business people, scientific, educators, children and more.

On May 31st in Black History

The Tulsa Riot of 1921 This is the worst riot in american history. 15,000 Blacks wer left homeless, between 300 and 3000 were killed, wounded and/or missing, 1500 homes were burned to the ground and over 600 Black owned businesses in a 35 square block area were bombed in the all Black Greenwood District of Tulsa, Oklahoma.
It was the first american city to be bombed by airplanes. More peope died this day than in any single event since the civil war. White historians did an excelent job in wiping their footprints from the sand. Reference to this can’t be found in any history books. Go to www.Blackwallstreet.freeservers.com, for the true story with pictures.

Our history has a long, glorious and bright light that has shown since the dawn of time. However, it has long been hidden from us as if we were blind.

Now is the time to come together and consciously grow our understanding of our ancestors, culture, history and place in this world. The only way we can do this tie the knot of our past with our present to create the future we all desire. 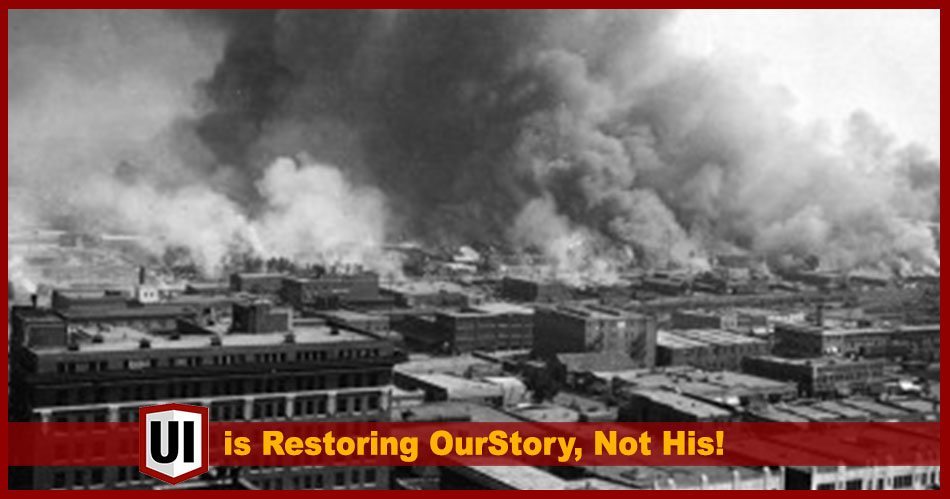