British twins Peter and Paula Imafidon, who were born to Nigerian parents, broke records as they sat 34 GCSEs collectively last summer and were offered places in 60 of the UK’s top schools for their continued education.

GCSE’s are the exams taken by 15-year-old students in the UK before they move to A-Levels between the ages of 16-18 prior to University.

The pair were given so many choices and were having difficulty. On one hand there was a great all-girls-school for Paula but she said studying with Peter would have been good. Peter is into maths and physics and wants to go onto Engineering but Paula wants to pursue medicine. 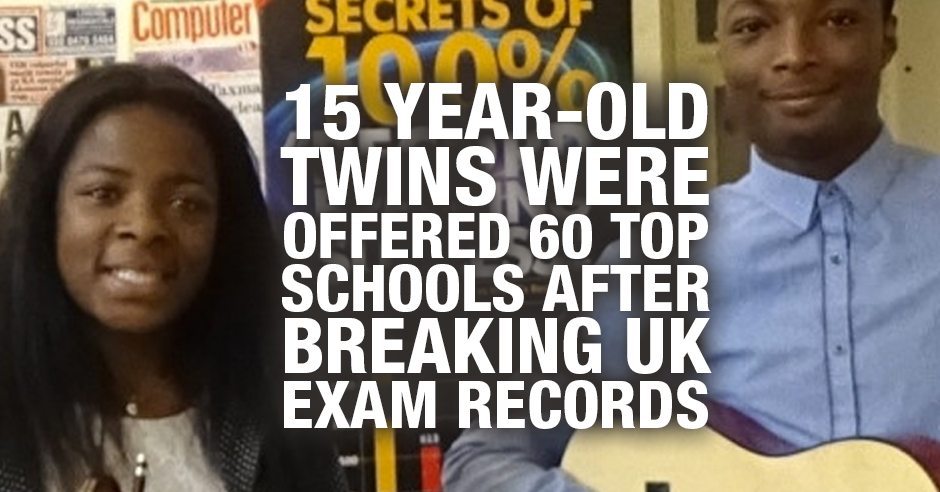 The pair hit the headlines years before when at just 7 they became the youngest people ever to pass an A/AS-level exam in maths, that’s a level above the GCSE’s!

The pair also pursue music and sport and drive each other through healthy competition!

As for which school they picked, I am having trouble finding out. If you have any info please let us know.