Historically Black Colleges and Universities, or HBCUs as they are called, have been in the news lately for a variety of different reasons. Many of which have been lack of enrollment, the lack of funding, and questions about the curriculum if they are really and truly preparing people of African descent for the world, but the one we want to discuss with you today are their closings.

No matter your thoughts on HBCUs, there is clearly a problem. In recent years, it seems many of them have been closing up their doors forever. Most recently being St. Paul College in June of 2013.

Here is a list of 11 Historically Black Colleges and Universities that have closed their doors permanently. 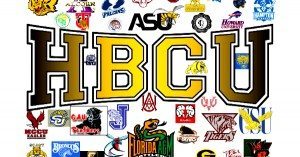 Having unsuccessfully battled a crushing debt and a rejected accreditation, St. Paul College will soon join the ranks of HBCU’s forced to close their doors for good. The major agents behind the 125-year-old school’s closure have reignited discussions on the current state of HBCUs and possible ways to ensure their future.

Located originally in Marshall, Texas, Bishop College grew out of a desire to establish a Texas college for Black Baptists. The Baptist Home Mission Society founded the college in 1881. Accomplished clergymen like Martin Luther King Jr. and Jesse Jackson would often visit the religion-oriented institution. The school experienced a series of controversies and financial problems in the 1970s before closing in 1988.

Daniel Payne College was a private four-year college located in Birmingham, Alabama. Founded in 1889, the college was named after the sixth bishop of the A.M.E. Church. Payne had been the first Black president of a college in the United States. In 1977, a massive tornado left over $1 million worth of damages to the campus, forcing the college to close that same year.

Based in Rock Hill, South Carolina, Friendship College was founded in 1891 as “a place for young African-Americans to be educated so that they could move forward in society as ministers and educators.” The institution held its final semester in 1981 after an investigation exposed a mismanagement of funds.

Members of the Guadalupe Baptist Association founded Guadalupe College in 1884 in Seguin, Texas. Primarily financed by Black Baptists, the school was established to advocate educational pursuits among Blacks in Texas. A disastrous fire forced Guadalupe to close in 1936.

Kittrell College opened in 1886 in Kittrell, North Carolina. The North Carolina Conference of African Methodist Episcopal Church founded the historically Black institution, which was originally a high school. Financial problems caused the school to shut down twice, before closing for good in 1975.

Having wanted to establish an institution of higher learning for Louisiana’s Black population, Brooklyn resident Holbrook Chamberlain incorporated Leland University in 1870. A hurricane destroyed the original buildings in 1915, and consequently moved the school to Baker, Louisiana. Leland University served Black students from first grade through university level, before closing in 1960.

The Board of Freedmen of the Presbyterian Church founded Mary Holmes College as a high school in 1892 in Jacksonville, Mississippi. The school was made into a two-year private college in 1959. Toward the end of its legacy, a host of problems led the institution’s Board of Trustees to declare bankruptcy and close in 2004.

A private institution located in Holly Springs, Mississippi Industrial College was founded by the Mississippi Conference of the Colored Methodist Episcopal Church in 1905. Young Black students were trained in Christian ideals and provided with literary and industrial educations. The college closed in 1982.

The first Black university in Kansas, Western University was established in 1865 as Freedman’s University in the town of Quindaro. The school’s nationally renowned music program produced many notable alumni, such as famed choral conductor Eva Jessye and the National Association of Negro Musicians co-founder Nora Douglas Holt. Following a fire in 1924 and a drop in admissions and private funding, Western University closed in 1943.

Prentiss Institute opened in 1907 in Jefferson Davis County, Mississippi. Students initially paid for their education with eggs, chicken and produce, according to records. Heifer International partnered with the private two-year college in 1955, providing poor families with livestock to supplement their farm income. The school’s decline and eventual closure in 1989 has been attributed to a gradual decline in admissions.

These Historically Black Colleges and Universities are gone, but the question is will there be more following their lead?

We use information collected through cookies and similar technologies to improve your experience on our site, analyze how you use it, and for marketing purposes.
11 Historically Black Colleges & Universities That Have Closed