Did You Know Lewis Latimer Is Responsible for Today’s Version of the Light Bulb, Not Thomas Edison?

When you turn your lights on, you can thank this man who is responsible for the version of the light bulb we all use today. Thomas Edison developed the concept but this man’s use of carbon filaments in the light bulb made them work. The same process is used today.
The Great Life of Lewis Latimer, The child of, slaves, A sailor in the Civil War, Assistant to Alexander Graham Bell., The Actual Inventor of the Light Bulb in Thomas Edison’s Laboratory. We all use this patented design today.

When Gray, the owner, appeared in Boston to take them back to Virginia, it became a noted case in the movement for abolition of slavery, gaining the involvement of such abolitionists as William Lloyd Garrison. Eventually funds were raised to pay Gray $400 for the freedom of George Latimer.

Lewis Latimer joined the U.S. Navy at the age of 15 on September 16, 1863, and served as a Landsman on the USS Massasoit. After receiving an honorable discharge from the Navy on July 3, 1865, he gained employment as an office boy with a patent law firm, Crosby Halstead and Gould, with a $3.00 per week salary. He learned how to use a set square, ruler, and other tools.

Later, after his boss recognized his talent for sketching patent drawings, Latimer was promoted to the position of head draftsman earning $20.00 a week by 1872.

In 1876, Alexander Graham Bell employed Latimer, then a draftsman at Bell’s patent law firm, to draft the necessary drawings required to receive a patent for Bell’s telephone.

In 1879, he moved to Bridgeport, Connecticut with his brother, William, his mother, Rebecca, and his wife, Mary. Other family members, his brother George A. Latimer and his wife Jane, and his sister Margaret and her husband Augustus T. Hawley and their children, were already living there. Lewis was hired as assistant manager and draftsman for the U.S. Electric Lighting Company, a company owned by Hiram Maxim, a rival of Thomas A. Edison.

Latimer received a patent in January 1881 for the “Process of Manufacturing Carbons”, an improved method for the production of carbon filaments used in lightbulbs. 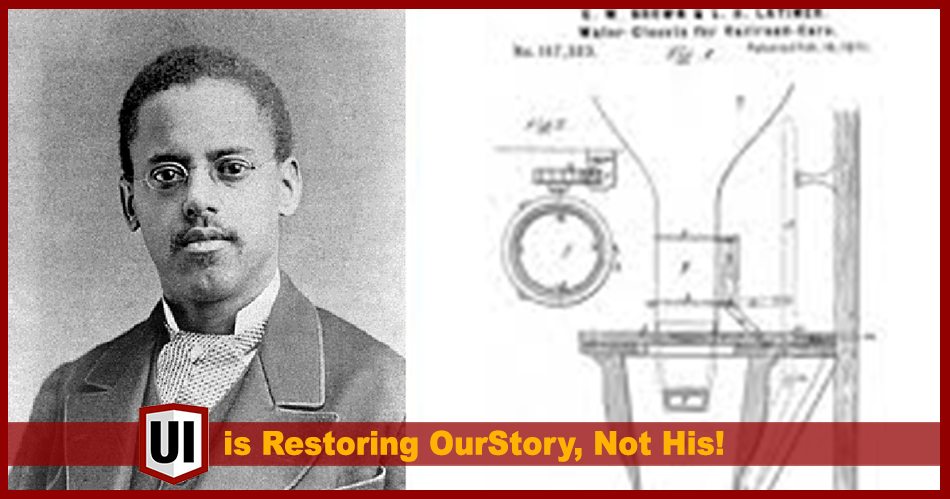 The Edison Electric Light Company in New York City hired Latimer in 1884, as a draftsman and an expert witness in patent litigation on electric lights. Latimer is credited with an improved process for creating a carbon filament at this time, which was an improvement on Thomas Edison’s original paper filament, which would burn out quickly. When that company was combined in 1892 with the Thomson-Houston Electric Company to form General Electric, he continued to work in the legal department.

When General Electric and Westinghouse Electric Company formed the “Board of Patent Control” in 1896, to coordinate patent licensing and litigation, Latimer was employed as chief draftsman. In 1911 he became a patent consultant to law firms.[8]

Latimer is an inductee of the National Inventors Hall of Fame for his work on electric filament manufacturing techniques.]Latimer was a founding member of the Flushing, New York Unitarian Church. Latimer’s home has been moved to a small park in Flushing, New York and turned into a museum in honor of the inventor.

The fact that Lewis Latimer is not a “household name” like Bell and Edison is a perfect example of the failure of the educational system to Black Children. The system is designed to “white wash” history and to keep all Black Americans uninformed about the accomplishments of our ancestors in the development of our Country. The History Channel had a series called “The Men who built America”.

Thomas Edison had a whole chapter in this series. Lewis Latimer was not mentioned and only shown briefly as if he was a janitor in the laboratory. His patents made a working Electric Light with Carbon Filament’s. Edison’s design had cotton filaments which burned out in an hour. Latimer’s design and patent is the one used in every light bulb today ‪